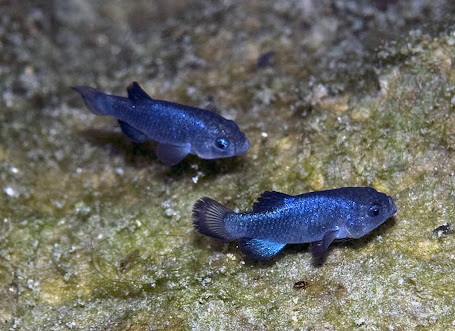 The Animal Husbandry, Fisheries and Dairy Development Minister Mr. Tripat Rajinder Singh Bajwa congratulated the fish farmers of the state on the occasion of “World Fisheries Day” which is celebrated all over the world on 21st November every year and called upon them to produce more fish and create more employment opportunities.

Mr. Bajwa further said that the main objective of celebrating this day is to motivate the people for conservation and utilization of fish resources in natural waters so that these could be preserved for future generations. He also that Punjab being the land of five rivers the significance of this day is increasing in Punjab. He further said that the state government is making all out efforts to conserve these natural resources and maximize the fish production in the fish ponds. These initiatives are also generating employment opportunities in rural areas, said Bajwa.

The Fisheries Minister also said that under the able leadership of Charanjit Singh Channi, the state has been making steady progress in the field of Fisheries. Special emphasis is being laid on development of fisheries infrastructure and increasing fish production in Punjab. In this regard another new Government Fish Poong Farm is being set up by the government at village Qillianwali, District Fazilka which would provide quality fish to the farmers of District Fazilka, Sri Muktsar Sahib and other nearby districts at discounted rates.

He also mentioned that in order to promote fish and prawn farming in the state, the government is providing financial assistance to the aspiring farmers for the construction of new ponds and for the first year fertilizer. Farmers wishing to avail the benefits of these schemes can contact the Fisheries Department.

Divulging more, he said that he was happy that in the salt water affected south-western districts of the state the prawn farming has started from one acre and has crossed the area of 800 acres due to the initiative undertaken by farmers. He said that the state government is making efforts to bring 5, 000 acres of land under prawn farming in next five years.

Expressing his commitment to the fishermen of the state on the occasion of World Fisheries Day, Mr. Bajwa said that the fishermen should work for the rapid growth of fish and shrimp production in the state and for the overall development of fisheries so as to reduce the burden on natural resources and to reduce and promote fish farming profession. He appealed to the farmers to avail maximum benefits of the facilities provided by the government for the fish farming profession.

The whole webinar will be moderated by M C Dominic, Founder & Editor-in-Chief, Krishi Jagran & Agriculture World and various eminent speakers will include:

Fisheries & Aquatic Resources Secretary Anoop Khinchi shared that only around 11½ % of fishery potential is being utilized in Nagaland and that the sector has a huge potential for employment generation. He stressed on the importance of practicing fishery in a sustainable way.

He said about 2.8 million people in the country are employed in fishery and related activities. Khinchi also highlighted the importance of paddy-cum-fish culture and ornamental fishing.

He, however, advised the fish farmers to seek technical advice and help from the department concerned for better fish harvest.

Khunmo also suggested that the fish farmers should work together with various sections of the society. As fishery provides good employment opportunity, he advised the people to take up fishery as an occupation.

Director, Fisheries & Aquatic Resources, Kevisa Kense, IAS, stressed on the need for an increase in inland fishing as there is scope for it in the state.

Saying that fish is one of the most nutritious food and the sector is one of the most profitable among all agri and allied departments in Nagaland, he stressed on the need for fish to reach the market as there are many fisheries in the State.

The official also requested the fish farmers to maintain and keep the water bodies clean.

On the occasion, 12 fish farmers from each district were awarded with the Best Fish Farmer Award. A training on need-based fish farming practices was also conducted during the event.

Popular posts from this blog

January 20, 2022
Microsoft Dynamics ax 2009, 2012 Training Courses In this article we are going to know how many dynamics ax 2009 course providers are there to help us to learn. Anyone can enroll these courses to become skillful. DAX 2009 from DynamicsAxTraning Direct Link If you are in the field of accountaning and want to do something with microsoft technology then this course is for. This course helps candidate to get skills and passed in the job interview.  Course PDF Link Microsoft Dynamics AX Technical Training Course Direct Link This course is made by folio3 team who are certified professionals in this field.  Candiate will learn: Installation and configuration AX customization and setup X++ AIF Service management Security Advance module Microsoft - Dynamics AX 2009 Enterprise Portal and Integrations Development Just learn dynamics AX 2009 in just 5 days with certification. Direct Link This course is made for the student who want to manage enterprises projects and advance than that.
Read more